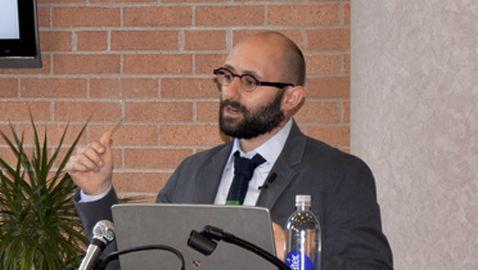 Two law schools have been sued by the director of a bank for a law article review, “Of Meat and Manhood,” that reportedly defamed him. The article makes claims that the bank director harassed an employee for being vegetarian, “equating vegetarianism with homosexuality,” according to Courthouse News.


Kramer works as a law professor and associate dean for intellectual life at Sandra Day O’Connor College of Law in Arizona. The article was published in the Washington Law Review in March of 2011. Catalanello is from New Jersey and works as the managing director for Credit Agricole.

In the complaint, Catalanello claims that the article falsely accuses Catalanello of “sex discrimination in the form of gender stereotyping.” This entailed harassing a male employee from a Wall Street firm for being a vegetarian.

The complaint states the following: “The law review article contains false and defamatory statements of and concerning plaintiff which include, but are not limited to, the following:


“Catalanello subjected Pacifico to a steady barrage of taunts, insults, and demeaning antics. The bulk of the harassment aimed to belittle Pacifico by equating vegetarianism with homosexuality.”

“My interest in Pacifico’s case has less to do with the particulars of his state law claim – which appears strong on its face – than with the broader implications of the discrimination he faced in the workplace … vegetarianism and sexual orientation merely served as proxies for the real reason Catalanello and others discriminated against Pacifico – he failed to conform to their idea of how a “real” man is supposed to look and act… the discrimination faced by Pacifico is really sex discrimination in the form of gender stereotyping…Catalanello viewed Pacifico’s vegetarianism as a proxy for effeminacy…Catalanello started to harass Pacifico as soon as he learned that Pacifico was vegetarian.”


“For Catalanello, the easiest way to belittle Pacifico – and perhaps the most harmful way to do so in their particular workplace setting – was to call him gay. By doing so, Catalanello was relying on the stereotype, which is deeply rooted in our culture, that gay men are “fairies” and “sissies” and altogether not manly men.”

“Antigay slurs and putdowns also played a significant role in harassment suffered by Pacifico. True, the words “gay” and “homo” are not intrinsically harmful labels. But in the context in which Catalanello used these words, he certainly meant it to demean Pacifico. And it is telling that Catalanello used food as a springboard to attack Pacifico’s manliness, as food often serves as a powerful metaphor for our cultural attitudes about manliness and sexuality.”

“By taking aim at Pacifico’s dietary preferences, Catalanello was engaging in a familiar practice by which heterosexual men try to make other heterosexual men seem insufficiently masculine.”

“Catalanello called Pacifico “gay” and “homo” because this is an easy and, unfortunately, all too common way for one heterosexual man to call into question another heterosexual man’s masculinity.”

Catalanello is asking for damages, both punitive and compensatory, for invasion of privacy and defamation.