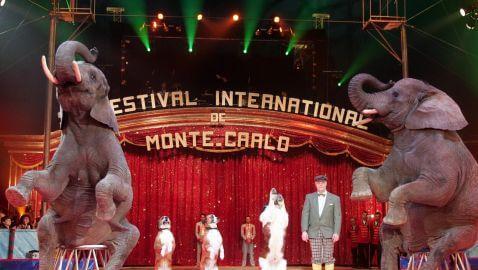 The owners of Ringling Bros. and Barnum & Bailey Circus will be paid $9.3 million by the American Society for the Prevention of Cruelty to Animals in an effort to settle a lawsuit regarding mistreated elephants. The settlement was announced on Friday, according to Reuters.

Feld Entertainment, the producer of the circus, had a lawsuit filed against it by the ASPCA and other parties that accused the company of mistreating Asian elephants that are used in the show. The case was dismissed, despite citing the Endangered Species Act.


The former handler of the elephants, Tim Rider, was permitted by an appellate court to go after an individual claim made that said he was emotionally injured by the treatment of the elephants by the company. Rider’s job included feeding the elephants and caring for them when he worked for the circus as a ‘barn man’ from 1997 to 1999.

Feld Entertainment won a ruling from a District of Columbia district court judge in 2009 that said Rider exaggerated his love for elephants and was not a credible plaintiff for the case to continue. The judge declared Rider a “paid plaintiff,” saying that the only source of income during his previous eight years was animal-welfare groups that took part in the case.

Feld Entertainment then sued multiple animal welfare groups along with Rider in accusing them of a buse of process, violation of federal racketeering laws using unfounded litigation and malicious prosecution.


Ed Sayres, the president of the ASPCA, said that his group’s best interest was to settle the dispute and that the settlement was not the group admitting any wrongdoing.

“We are glad to put this matter behind us so we can focus most effectively on our life-saving work, preventing cruelty and improving the welfare of animals,” he said in a statement. He also said that the courts did not rule on “the merits of the elephant abuse allegations.”


The chairman of Feld Entertainment, Kenneth Feld, said that the original lawsuit filed against his company was an attempt to destroy his business, which is family-owned.

“Animal activists have been attacking our family, our company, and our employees for decades because they oppose animals in circuses,” he said in a statement. “This settlement is a vindication … for the dedicated men and women who spend their lives working and caring for all the animals with Ringling Bros.”

Right now, there are 45 elephants in the circus, the majority of whom were born while in captivity. Steve Payne, a spokesman for the company, said that the circus has met or gone above legal requirements for animal welfare.