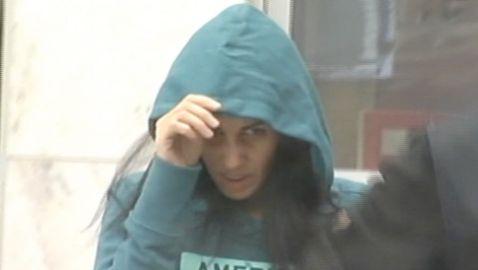 A 37-year-old woman from the Bronx was arrested by federal officials on Thursday after she allegedly created a scam following the Newtown, Connecticut school shooting on December 14 that included her posing as a relative of one of the children killed at Sandy Hook Elementary School, according to CNN.

The woman has been identified as Nouel Alba and accused of using her Facebook page to obtain money from people who wanted to donate to the families of the victims. She claimed that the money was going to be used for a ‘funeral fund,’ according to a statement from the United States Justice Department.


Prosecutors said that those who donated money did so using a PayPal account in Alba’s name. Alba then lied to federal investigators about the scam that she was operating.

“This arrest should serve as a warning to anyone who attempts to profit from this tragedy by contriving fraudulent schemes that exploit the many victims, their families and individuals who sincerely want to help,” said Connecticut U.S. Attorney David Fein in a statement.

Alba was charged with lying to federal agents and was released from jail on $50,000 bond. She could be sentenced to a maximum of five years in jail and a $250,000 fine if she is convicted. The show “AC360” on CNN ran a story about the alleged scam and even interviewed Alba, who lied about her role in the scam on television.


“This says — this has your e-mail on it. Right there,” said CNN investigative producer David Fitzpatrick. “This is about Noah Pozner’s funeral.”

“I never sent that,” Alba replied.


At a later point in the interview, Fitzpatrick presented an email account that Alba identified as one belonging to her.

“Yeah, that’s one of my gmails. …Yeah, my personal account,” she said during the interview. “But I never set up any funds for anybody.”

The Pozner family issued the following statement: “We are pleased that law enforcement has pursued this matter so diligently. We hope that this dissuades other scammers from trying to take advantage of this horrible tragedy.”