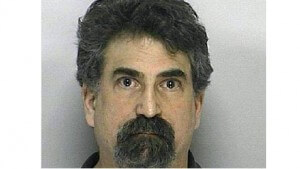 A pediatric dentist charged with the possession and distribution of child pornography gets to keep his job and continue treating children, a judge ruled. The terms of his bail nevertheless minimize any access to committing further crimes.

Melvin A. Ehrlich, 52, treats children with dental problem and operates a business called Wee Care for Kids whose websites describes his practice as “Individualized Preventative Dental Care for Toddlers, Children, Adolescents and those with Special Needs.”

The page that specifically introduces Dr. Ehrlich explains that he chose pediatric dentistry because “I love being around children. They’re so honest, humorous and fun. I find it very refreshing and wouldn’t give it up for anything.”

Nevertheless, “While the case remains under development and investigation, there is currently no evidence that presently leads law enforcement to believe that Ehrlich physically abused any children or manufactured any images of child pornography,” the news release also stated.

The terms of his bail, as set by Framingham District Court Judge Robert Greco, released him on $10,000 cash with conditions of no further crimes, no use of a computer beyond work-related purposed; these terms were lighter than intended by the prosecuting attorney who wished for $25,000 bail and no contact at all with minors.


Ehrlich, for his part, has pleaded not guilty to the charges, and is expected to appear in court February 11 for a pre-trial conference.