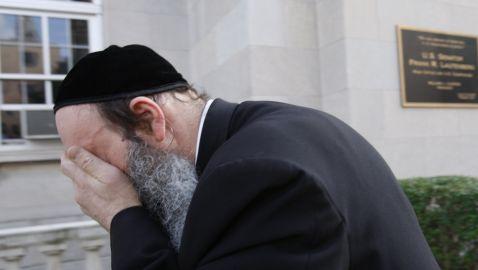 In July of 2009, over 40 people were arrested in one of the largest corruption stings in the history of the state of New Jersey. Now, the final rabbi in the case was sentenced on Thursday, according to The Associated Press.

The sting involved political corruption and money-laundering. Those arrested included state politicians, Jewish leaders and a man who was convicted for trafficking human organs.


Lavel Schwartz was sentenced to 12 months and one day in prison on Thursday in a federal court in Trenton. Schwartz, 61 and from Brooklyn, New York, pled guilty to money laundering conspiracy in May. He admitted that he planned to launder illegal proceeds through religious charities that were operated by his brother, Rabbi Mordchai Fish.

Fish was taken into custody in the same sting that busted Schwartz and was sentenced to almost four years in federal prison after he pled guilty back in July.

Prosecutors working the case claim that both Scwartz and Fish laundered money for Solomon Dwek, who is an admitted Ponzi scammer. Dwek turned into a government informant in 2006 after he was arrested for bank fraud of $50 million. Fish and Schwartz were told by Dwek that the money he needed them to launder came from selling illegal handbags or assets that he needed to hide from bankruptcy proceedings.


The checks from Dwek were deposited with a religious charity run by Fish by Schwartz and his brother. Dwek would then receive cash from the check minus a 10 percent commission. Schwartz has admitted to taking part in 10 transactions with Dwek. Those transactions converted anywhere from $200,000 to $400,000 in checks to cash.

Dwek was sentenced to six years in prison for the bank fraud charge that wound up turning him into a government informant. Out of all those arrested in the 2009 sting, close to three-quarters of them have pled guilty or been convicted.