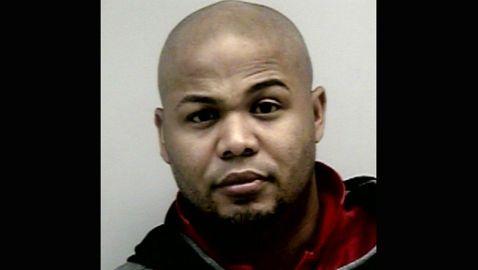 Andruw Jones, former Atlanta Braves star centerfielder, was arrested early Tuesday morning after a domestic disturbance with his wife, Nicole. According to police, Jones was accused of dragging Nicole down a flight of stairs, grabbing her neck and saying that he wanted to kill her.

The Associated Press obtained the police report from the incident, which took place around 1:30 a.m. Tuesday morning. It all began when Nicole asked Andruw to help her get their house ready for Christmas morning.


Andruw was arrested in Duluth and was released on bond. He was charged with battery, according to jail records from Gwinnett County. Nicole informed police officers that she attempted to escape upstairs, but Andruw grabber her ankle and pulled her down the flight of stairs. He then got on top of her and told her, “I want to kill you.”

Jones was booked into jail at 3:45 a.m., according to Gwinnett County Detention Center records. He was released at 11 a.m. on Tuesday after posting $2,400 bond.

Andruw made his Major League debut with the Braves in 1996 and was the winner of 10 straight Gold Glove awards from 1998 to 2007 as the center fielder. In 17 Major League season, Andruw has hit 434 home runs. He played 2012 with the New York Yankees as a bench player. He signed a $3.5 million contract for one year with the Tohoku Rakuten Golden Eagles in the Japan Pacific League earlier in December.