Got a tip?
Home » Breaking News » Did Adam Lanza Turned Murderer Because He was Being Committed? 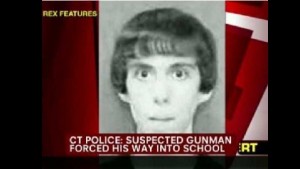 Perhaps the most frustrating part of the aftermath of the Aurora shooting and the Sandy Hook Elementary School shooting is discerning what motive the shooters might have had. As more information filters in, we can slowly piece together what could have been the inspiration for the gruesome crimes. Adam Lanza, the youth who shot 20 first graders at Sandy Hook Elementary School, for instance, may have been inspired by anger at his mother.

She had, after all, noticed that he was withdrawing more and more. There is some talk that she was seeking to have him admitted to a mental institution, though a friend said she was merely taking him to a psychiatrist.

“From what I’ve been told, Adam was aware of her petitioning the court for conservatorship and [her] plans to have him committed,” said Joshua Flashman, 25, who grew up in the area. “Adam was apparently very upset about hits. He thought she just wanted to send him away. From what I understand, he was really, really angry. I think this could have been it, what set him off.”


But another source denies she was seeking to have him committed.

Flashman also said that Adam “believe she [his mother] cared more for the children [whom she volunteered for at the electuary school] than she did for him.” Given that he killed her first, and then the children, and also his mother’s friend the school principal, this might be a thread that leads us through the labyrinth of his motives.