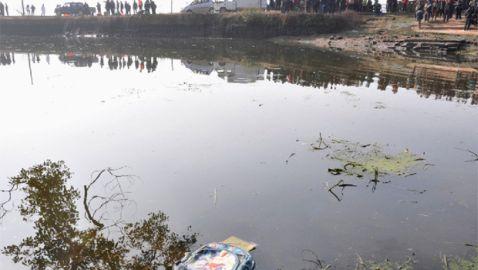 State media in China announced that a minivan carrying 15 children to kindergarten plunged into a pond along a road in eastern China Monday morning. Eleven children were killed in the accident, according to the Associated Press.

The accident took place in Guixi city in the province of Jiangxi, where three children died on scene. Another eight children died at the hospital, according to an official from the propaganda office of the city’s Communist Party committee. The official said that four children survived the accident.


The driver of the minivan was held for questioning as authorities investigated the cause of the accident, according to Xinhua News Agency. The minivan was from the Chunlei kindergarten, which does not have a license from the government to operate.

CCTV reported that the minivan was traveling too fast and swerved to avoid a parked vehicle on the side of the road, which is when it plunged off the road into the pond. The Information Center for Human Rights & Democracy released a statement, without sources cited, that said the van was constructed to hold seven people, but 17 were in it when the accident happened. Also, the human rights group said that it took 70 minutes for an ambulance to respond to the accident.