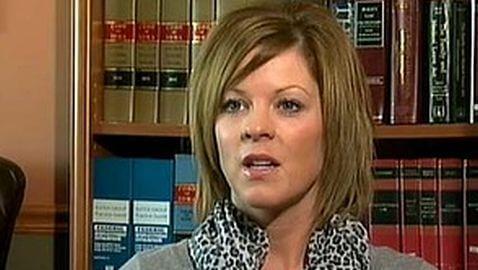 On Friday, the Iowa Supreme Court ruled that a dentist did not break any laws when he fired one of his assistants because he thought she was too attractive. The dentist and his wife felt that the employee would be a threat to their marriage. The court consists solely of men, according to the Associated Press.

The ruling was handed down by a 7-0 vote in which the court said bosses can fire workers viewed as ‘irresistible attraction,’ despite never taking part in flirting or any other inappropriate activity. Justice Edward Mansfield wrote that the firings might be unfair, but are not illegal under the Iowa Civil Rights Act. The reason they are legal is because they are caused by emotions and feelings, not gender discrimination.


The dentist is from Fort Dodge and has been identified as James Knight. The employee who was fired was Melissa Nelson, who was let go in an effort to save his marriage, not because she is a female. The Iowa Supreme Court is one of just a few in the country with all males. Nelson’s attorney, Paige Fiedler, said the following about the court’s decision:

“These judges sent a message to Iowa women that they don’t think men can be held responsible for their sexual desires and that Iowa women are the ones who have to monitor and control their bosses’ sexual desires. If they get out of hand, then the women can be legally fired for it.”

Nelson had been employed by Knight for 10 years and he thought she was an excellent worker. Over the past couple of months, Knight said Nelson’s clothing became too tight. He even told her that if his pants bulged, it meant she was too revealing in the way she dressed, according to the court’s opinion.


Knight also reportedly talked about Nelson’s rare sex life, saying, “that’s like having a Lamborghini in the garage and never driving it.”

Both Knight and Nelson are married with children. The two started texting each other about personal issues, such as family problems, and Knight’s wife discovered the texts. When this happened, Mrs. Knight demanded that Nelson be fired. Nelson was fired with one month of severance pay. Knight even told Nelson’s husband that he was becoming too personally involved with her and was worried he might begin an affair with her in the future.


Fiedler said Nelson saw Knight as a father figure and never had sexual interest in her boss. Nelson filed a lawsuit that claimed gender discrimination. A district judge ruled in Knight’s favor and then the Supreme Court upheld the same ruling. Knight employs all women at his office and even replaced Nelson with another woman.

“While there was really no fault on the part of Mrs. Nelson, it was just as clear the decision to terminate her was not related to the fact that she was a woman,” Mansfield said. “The motives behind Dr. Knight terminating Mrs. Nelson were quite clear: He did so to preserve his marriage. I don’t view this as a decision that was either pro-women or opposed to women rights at all. In my view, this was a decision that followed the appropriate case law.”