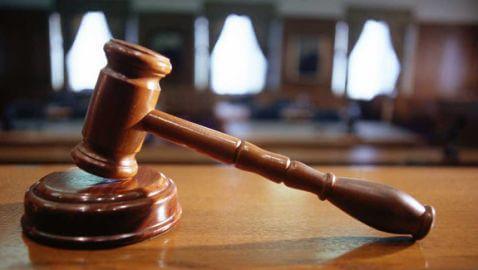 In a lawsuit filed in Federal Court, 31 former clients of the O’Quinn Law Firm made millions of dollars from its ‘silicosis litigation machine’ by deducting expenses from clients that were not unauthorized, ‘squandering’ money and not delivering settlement money to clients, according to Courthouse News.

The law firm was sued by lead plaintiff Frank Bates. The suit was filed against current and former attorneys and law firms that referred silica cases to the O’Quinn Law Firm. All of the plaintiffs are residents in Alabama and Mississippi.


The firm was founded by John O’Quinn with partner Richard Laminack, who has also been named as a defendant in the lawsuit. O’Quinn died on October 29, 2009 in a car accident. The lawsuit is 51 pages and claims that Bates and other plaintiffs were diagnosed to have silicosis by medical professionals picked by the O’Quinn Law Firm.

“Plaintiffs, like other Silicosis Clients, were solicited by attorneys and other individuals, law firms, or screening companies to undergo medical screening to determine if they had silicosis. Plaintiffs were then solicited to enter into contracts with law firms who promised to litigate their silicosis claims against the Silicosis Defendants. These law firms subsequently referred plaintiffs to O’Quinn. As much as 98 percent of O’Quinn’s silicosis docket came from referring law firms,” according to the law firm.

Claims made by Bates say that the firm represented at least 3,000 clients in silica litigation. Of the 3,000 cases, some 1,000 were filed in Texas state courts. The majority were filed in Mississippi and then transferred to Mississippi Multi-District Litigation No. 1553, according to Bates.


The complaint said that the O’Quinn Law firm and its attorneys would “either personally or through medical screening companies, would advise the Silicosis Clients, including plaintiffs, to travel to various places throughout Texas to undergo medical exams by screening companies and medical professionals hand-picked by the Firm and its attorneys.”

According to the complaint, courtesy of Reuters, “In January of 2002, attorneys at O’Quinn received a memorandum from N&M, outlining the ‘list of charges [the attorneys had] requested.’ The charges read:

“According to the memo, if N&M, a non-lawyer, referred the client to O’Quinn, the Firm would pay N&M an additional $350 referral fee for the case. Such conduct amounts to no less than barratry and is a violation of the Texas Penal Code and TX Disciplinary Rules of Professional Conduct.”

Bates is asking for damages for gross negligence, negligence, breach of contract, breach of fiduciary duty, fraud, deceptive trade practices and violations of the Texas Disciplinary Rules of Professional Conduct.