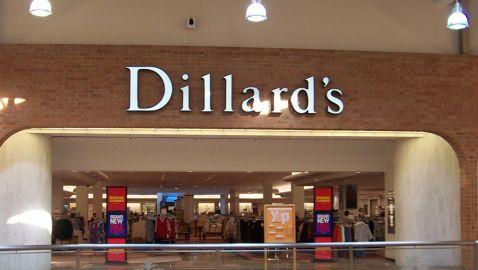 It was announced earlier this week that the department store Dillard’s Inc. will pay $2 million to settle charges that it illegally required its workers who used sick leave to reveal their confidential medical information, according to The Associated Press.

The Equal Employment Opportunity Commission announced the settlement on Tuesday and it settles the class action lawsuit that is four years old. In the lawsuit, Dillard’s was charged with violating the Americans with Disabilities Act.


According to the EEOC, thousands of former and current employees of Dillard’s were forced to submit a doctor’s note detailing the exact reason for seeking treatment from a doctor. The EEOC said that those workers who did not want to disclose their condition to the company were fired from their jobs, despite being told by their doctors not to divulge their private medical information.

There are some 300 Dillard’s stores across the country in 29 states. The company claimed in the case that its policy is to confirm medical absences are legitimate and not fabricated. The EEOC argued that employers do not have the right to ask their employees for details of treatment unless they are related to the job and necessary for business to be conducted.

“We commend Dillard’s for agreeing to measures that will prevent and effectively address potential disability discrimination,” Anna Park, an EEOC attorney, said in a statement.


The settlement also ends claims made against Dillard’s that the company fired some of its workers for taking more than the allotted sick days permitted to them. The EEOC said that Dillard’s did not talk with employees to find out if added leave was permitted under federal law in order to accommodate the disability of an employee.

Dillard’s is going to pay $2 million to identified victims while also establishing a class fund for victims who have yet to be identified. This will occur using a three-year consent decree. Employees who can qualify to receive the monetary settlement had to have worked at the company between the dates of August 6, 2005 and August 15, 2009. It was also announced that anyone who worked for Dillard’s and thinks they were fired for taking too much sick leave can file a claim if they were fired after the date of May 28, 2008.


Dillard’s must now hire a consultant, who will be responsible for reviewing and revising company policies while also training supervisors and staff about federal disability law. This is required by the consent decree. Dillard’s must also submit annual reports that verifies it has complied.