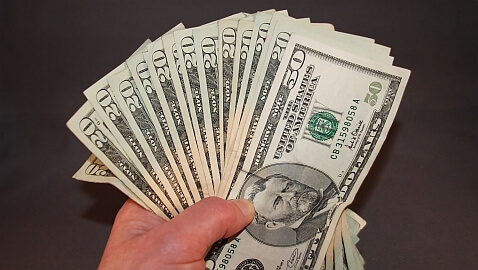 Congress was ordered back in October by the U.S. Court of Appeals for the Federal Circuit to pay six federal judges years of back pay. A class-action lawsuit is being pushed by federal judges to make sure that the remaining judges who missed their cost-of-living increases obtain their due, according to The Associated Press.

In 1989, Congress put a limit on what federal judges could earn outside of their work on the bench. When they did this, Congress named what is automatic cost-of-living increases to judicial salaries to make sure inflation does not erode their salaries over time.


One of the judges in the class action suit, U.S. District Judge Royal Furgeson Jr. of Texas, said the agreement was a “binding commitment” by the legislative branch of the government so the judicial branch could “receive the same yearly COLAs awarded to all other federal employees, to keep us even with inflation.”

In the years of 1995, 1996,1997, 1999, 2007 and 2010, Congress withheld those increases as it gave other federal employees increases they were promised. “In our view, the exclusion is contrary to the commitment to us, so we have sued to enforce it,” said Furgeson, who is also the president of the Federal Judges Association.

A federal appeals court is siding with the judges.


“Congress’ acts in 1995, 1996, 1997 and 1999 constitute unconstitutional diminishments of judicial compensation,” the appeals court said in its October order. “As relief, appellants are entitled to monetary damages for the diminished amounts they would have been paid if Congress had not withheld the salary adjustments.”

The decision of the appeals court only pertained to the judges who sued in the case of Beer v. United States. This is why Furgeson and a group of other judges are trying to put together a class action lawsuit and obtain its approval so they can acquire the missed salary for some 1,000 judges.

The lawyer representing the judges in the class action lawsuit, Harry P. Susman from Houston, said that the Beer case victory is an uncommon one for the issue at hand. “It’s a tough situation.”

“When there is no other alternative,” Furgeson said, “we judges, like all other citizens, should be entitled to our day in court.”