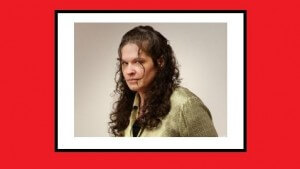 When Dee Dee Moore befriended lottery winner Abraham Shakespeare under the premise that she would write a biography of how others were exploiting his wealth, little did he know that she would plot a fantastically horrible finish to her story. Shakespeare won $30 million in the Florida lottery in 2006 and thereafter faced a series of people seeking a share of his wealth, whom he too often obliged. A seemingly sympathetic Moore in fact not only exploited him most of all, gaining access to all his money, but she also killed him and buried his body under a slab of concrete.

“She got every bit of his money,” said Assistant State Attorney Jay Pruner. “He found out about it and threatened to kill her. She killed him first.”

The death has all the earmarks of a made-for-television movie, with her as the implausibly malicious villain. The judge characterized her as “cold, calculating, and cruel,” and the jury agreed. After three hours of deliberation, they chose no lesser charge than the full first-degree murder, which Moore will pay for with a life sentence without parole, and also 25 years extra for using a gun in commission of a felony.


Not everybody was convinced of Moore’s guilt. Her former cell mate, Rose Condora, said “She’s not what people think she is. She did not kill that man.” Of course, Dee Dee might have convinced her of that they way she convinced Shakespeare to set her as his financial advisor and biographer.

Her attorney also insists on her innocence, naturally enough, saying, “I can sleep good at night because I know I had done the very best job. I feel sad for the victim. I feel sad for the families. I feel sad for the defendant because these types of cases are no-win situations.” His opening arguments claimed Moore was protecting Shakespeare’s assets from child-support and that it was drug dealers who did him in.

There is wisdom to the line, “more money, more problems,” for though winning the lottery is the fantasy of millions who play, the end result could be the worst thing that ever happened to you.