Got a tip?
Home » Legal News » Boy Beaten to Death For Not Reading Bible 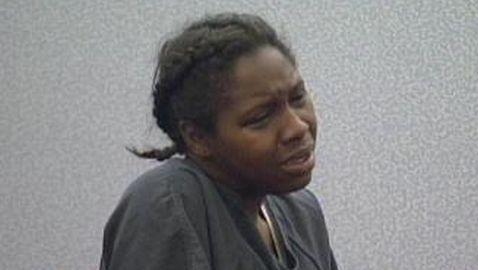 According to police in Las Vegas, a seven-year-old boy was beaten to death by his parents after he failed to read the Bible or complete his homework. The boy, identified as Roderick “RJ” Arrington Jr., was sent to a local hospital on November 29 because he was found unresponsive, according to the Las Vegas Sun.

Personnel from the hospital then called police to their location after they found severe bruising and brain swelling. Arrington died the next afternoon. The mother of the boy, Dina Palmer, and the stepfather, Markiece Palmer, were arrested by officers and charged with murdering Arrington. According to investigators, Palmer “stood by and let her husband” shake and beat the boy to death.


KLAS said that the arrest report mentioned “open abrasions on [Arrington’s] buttocks, severe bruising to his thighs, marks and bruises on his back and shoulders and evidence of previous beatings.”

Markiece Palmer said that the boy was spanked on November 27 because he lied about reading the Bible. Palmer then said that Arrington was spanked the next day for not completing his homework. According to police, Markiece Palmer beat Arrington with a belt, a spatula and maybe even a wooden paddle. Dina Palmer reportedly hit her son on the buttocks with her hand and a belt.

Prior to calling 911, the couple allegedly called a pastor, according to KSNV. “Pastor Kenneth Hollingsworth says he’s as shocked as anyone that Markiece Palmer chose to call him before first-responders.”


On Tuesday, the couple made a court appearance and face charges of child abuse, murder and neglect.