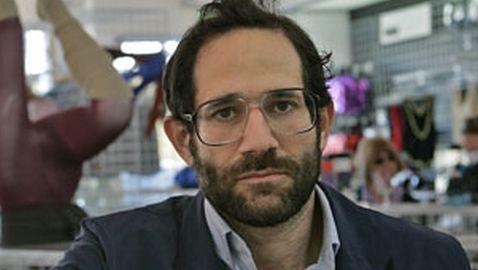 The chief executive officer of American Apparel, Dov Charney, has been sued by a former store manager in Los Angeles court. The lawsuit claims that Charney choked the former manager, threw dirt at him and made anti-gay slurs at him. According to the company, the lawsuit is based on claims that are “contrived and untrue,” which was said by Charney’s attorney, Peter Schey.

Michael Bumblis is the former store manager who filed the complaint. He worked at the store in Malibu, California. Bumblis claims he was fired as retaliation for filing a complaint against Charney with the company. Schey has not said why Bumblis was fired from his job.


Charney founded the company in 1989 and has been the subject of multiple lawsuits that claim sexual assault, malicious behavior and harassment. The CEO has been accused of forcing former employees to perform oral sex and arrive at the office in underwear. Charney was sued by five women in 2011 for sexual assault and sexual harassment in two lawsuits.

Bumblis said that the problems with Charney began in April when he received a call from the CEO, who accused him of sitting at a booth for a rival company during a convention in Las Vegas. The complaint states that Charney threatened and insulted Bumblis during the conversation, in which he called Bumblis a ‘fag’ and a ‘wanna be Jew.’

We have an excerpt of the phone call from the complaint. As a warning, there is some language in it that could be offensive to some. The complaint reads:


“What the fuck are you thinking?! Taking your best seller out of your store when you have negative same store sales. You should have been fucking fired months ago; I told Spring to go ahead and fire your ass but she said you have been improving. You’re wasting your time with that no-name fucking company. American Apparel teaches you how to run a business like no college can ever teach. You’re a fucking Jew! You should know, you are a fucking long hair wanna be Jew. Get your fucking shit together fag. Where is your fucking creativity? Get some fucking girls in bikinis to stand on PCH and have them waive a fucking American flag. Are you a fag? Do you not want to see girls in bikinis? Are you banging that girl you were with in Vegas? What’s her name?”

Charney arrived at Bumblis’ store less than one month after the call for an inspection and flipped his lid when he found out Bumblis was using space on the second floor for an office. The lawsuit claims that Charney bent down in one on of the dressing rooms and said, “Look how disgusting you are. Rub it in your face.” Bumblis refused to do so.