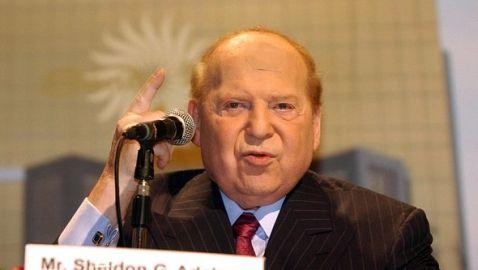 In a report from the Huffington Post, billionaire Sheldon Adelson spent $150 million into the presidential campaign for the Republican Party in an effort to remove Barack Obama from the White House. Adelson is a casino tycoon who funded multiple Republican candidates and groups during the presidential campaign. His casino business is the subject of two federal criminal investigations.

It was previously reported that Adelson spent roughly $54 million but the new total is three times that amount and 50 percent higher than the original $100 million Adelson said that he would be willing to spend.


Adelson’s goal with his campaign spending was to defeat Obama and aid the Republican Party in its quest to regain control of Congress following the election on November 6. All of Adelson’s spending was for nothing as Obama defeated Romney for a second term in the White House. The Democrats also retained control of the Senate.

Adelson continued by saying that a second term from Obama would cause ‘vilification of people that were against (Obama)’.

There are laws that put limits on the amount of money that can be donated to political candidates but a ruling from the Supreme Court in 2010 allows unions, corporations and individuals to make unlimited donations to arms-length groups.