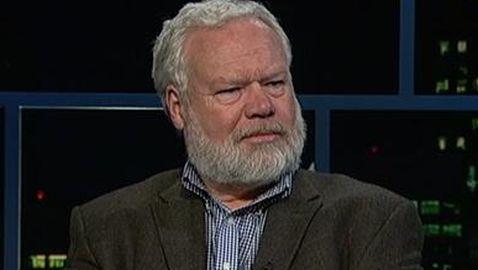 Pulitzer Prize author Thomas Ricks was being interviewed on Fox News Monday night by co-anchor Jon Scott. The interview was cut short after Ricks took two shots at the network that invited on the show.

Ricks was discussing his new book, “The Generals,” and has covered the military for decades. Ricks was asked by Scott to offer his thoughts about the attack on the United States Consulate in Benghazi and the criticisms that followed by Senator John McCain of Ambassador Susan Rice.


“I think Benghazi was generally hyped by this network especially,” Ricks said. Ricks then said that he felt McCain was “backing off” from his critique of Rice since “the campaign [was] over.”

“When you have four people dead for the first time in more than 30 years, how do you call that hype?” Scott said, disagreeing with the way the network covered the attack on the consulate.

The situation in Benghazi was compared to the incidents involving contractors being killed in Iraq. Ricks said that the attack on the consulate was a “small fire-fight” and said, “I think the emphasis on Benghazi has been extremely political, partly because Fox is operating as the wing of the Republican Party.”


The interview lasted roughly 90 seconds when Scott thanked Ricks for his time and ended the session. Brian Stelter, from the New York Times, was told that a staffer from Fox News told Ricks he was rude when the interview ended. Ricks then said that he thought the hit lasted “about half as long as planned.”