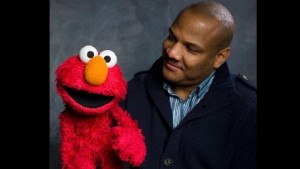 In some areas, the legal age of consent is above the age of 16, and in those places, it makes all the difference in the world. Kevin Clash, former voice of Sesame Street’s Elmo, is facing a third accuser who claimed he had engaged Clash in sex while underage. Clash had already resigned from Sesame Street after a second accuser came forth blaming him for seducing him while he was 15.

The fresh accusation claims that “John Doe” met Clash through a gay phone sex line, in 2000 when he was 16 and Clash 40. As TMZ reported, Doe came to Clash’s “swanky NYC apartment,” which was filled with “numerous Elmo Dolls” and celebrity shots of Elmo with “famous people like Beyonce and Tyra Banks.”

Doe claims that Clash used alcohol and “groomed him” into engaging in “oral sex and digital penetration of John’s anus.”


Though Doe had no further sexual encounter with Clash as a minor, they continued their sexual relationship when he turned 18.

“As a compliant victim,” the lawsuit says, “John did not become aware that he had suffered adverse psychological and emotional effects from Kevin Clash’s sexual acts and conduct until 2012.” This, apparently, is a way to sidestep the statute of limitations.

Clash’s attorney, Michael Berger, said, “I’ve looked at the complain and it’s totally meritless and barred by the statue of limitations.” He also said “we intend to defend Mr. Clash and his reputation vigorously.”