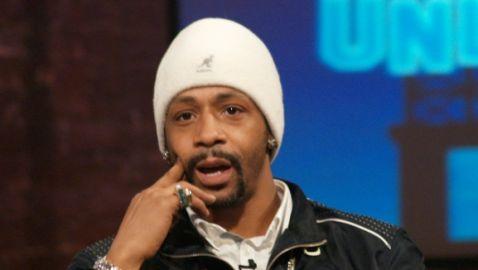 In a bit of bizarre news, comedian Katt Williams suffered a very bad night in Oakland that seems to be getting worse. According to the Contra Costa Times, a fan who was in attendance at Williams’ performance at Oracle Arena on November 16 has filed a class-action lawsuit. The lawsuit was filed on the behalf of all those who attended against Williams and his promoter. The lawsuit was filed in Alameda County superior Court.

The suit was filed by Brian Herline from Modesto. The promoter named in the suit is Live Nation and the filing date is November 21 and it claims that Williams did not perform. Court documents claim that Williams “confronted a heckler, took his clothes off and attempted to fight at least three audience members” right before “the act abruptly ended after about 10 minutes.”


Herline is seeking compensation from the lawsuit for himself and “all others who paid money for a show and got nothing but Katt Williams’ nonperformance.”

Caught on video was Williams being escorted offstage by security members as he removed his shirt and yelled profane monologues towards the crowd. The prices for tickets ranged from $33 to $94 and service fees.

Herline is being represented by Joel Young, who said that Herline spent over $1,000 to attend the concert. Young said that Herline filed the suit because Williams did not hold his good-faith agreement to perform.


“What Brian is doing is emblematic of how everyone at the concert felt that night,” said Young. Young also said that the necessary forms to be involved in the lawsuit have been sent to those who attended the concert. “When someone makes a good-faith effort and they just suck, that’s one thing. But in this situation, it was a complete failure to perform. I don’t think anyone who has seen the video of it or who was there could claim that it was a good-faith effort to perform.”