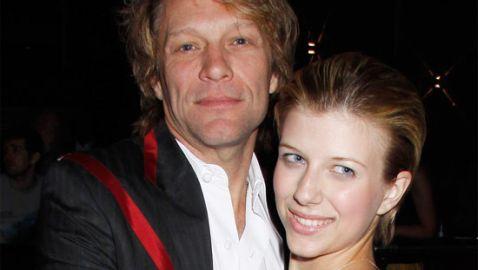 For the first time since his daughter overdosed on heroin and was arrested for possession, Jon Bon Jovi has spoken about the incident publicly. Jon spoke with Fox 11 about his daughter and the charges against her that were dropped just days after they were filed against her.

“What I do for a living seems glitzy and glamorous but if you don’t take it too seriously it’s a great way to make a living,” he said in the interview. “And then life goes on. Things happen.”


Jon’s daughter, Stephanie Bongiovi, is a student at Hamilton College. She is still recovering from the heroin overdose but Jon said that it is a problem he and his family are going to face together.

“This tragedy was something that I had to face too so we’ll get through it. And people’s warm wishes for my family and I have been really reassuring. So, we’re good,” he told Fox 11 during the interview.

Stephanie is Jon and wife Dorothea Hurley’s oldest child of four. It was reported on November 14 that medical personnel were called to the girl’s dorm room at Hamilton College for an overdose. When medics arrived she was found unresponsive but alive. Police searched the room and found a ‘small quantity’ of marijuana, heroin and drug paraphernalia.