Got a tip?
Home » Breaking News » New Senate Bill Will Give Feds Access to your Emails and Facebook without Warrants 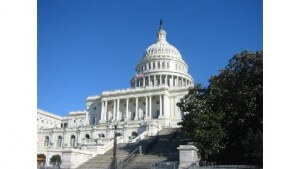 Our internet civil liberties are at stake again, as Congress slowly builds the sorts of laws that will underlay the entire internet. Patrick Leahy, Democratic chairman of the Senate Judiciary Committee, has silently negated his previous boasts to legislate that emails and private information require a warrant signed by a judge. Though he had previously rewritten a set of amendments to the Electronic Communications Privacy Act in 2011 that required a warrant to view private documents, his new proposed amendments negate the freedom to privacy he supposedly was fighting for.

Under the new legislation, which will be voted on next Thursday, it would only require a subpoena, the sort a prosecutor can make, for 24 government agencies to gain warrantless access to private email, Facebook posts, Google documents, and so forth.

CNET has been informed that Justice Department officials were dissatisfied with Leahy’s original bill. James Baken, for one, the associate deputy attorney general, claims that requiring a warrant for stored e-mails could have “an adverse impact” on investigations. Yes, but our laws aren’t shaped to give police the most power to snoop, but to protect our privacy.

“There is no good legal reason why federal regulatory agencies such as the NLRB, OSHA, SEC or FTC need to access customer information service providers with a mere subpoena. If those agencies feel they do not have the tools to do their jobs adequately, they should work with the appropriate authorizing committees to explore solutions. The Senate Judiciary committee is really not in a position to adequately make these determinations.”

He is right. With the internet, this virtual world that may grow larger by the decade and all pervasive by the century, making the right legal precedents means everything. We make the choice between freedom and comfort. As Americans, let us always choose freedom.