Got a tip?
Home » Legal News » Judge Denies Request for Nativities to be Displayed in Santa Monica’s Palisades Park 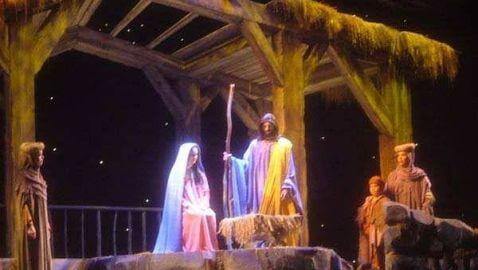 A bid by Christian churches that would have forced a beachside town in California to reopen a park to a Christmas nativity was denied by a federal judge on Monday, according to Reuters. The legal action occurred because of a clash involving sponsors of the nativity and a group of atheists activists who competed with the churches for limited space in the largest park in Santa Monica.

In June, the Santa Monica City Council voted to ban any future unattended private displays in Palisades Park after the debacle that occurred in December of 2011. That ban included atheist exhibits and Christmas creches, no matter what the content is.


The group backed by the churches, Nativity Scenes Committee, filed a lawsuit in United States District Court of Los Angeles back in October. The lawsuit was asking for the court to restore the annual collection of nativity scenes that celebrate Christmas. According to the lawsuit, Santa Monica’s ban on unattended displays in the park is a policy that the city calls ‘content neutral’ and that it is an unconstitutional infringement on the group’s freedom of speech and expression of religion.

The Christian group’s request was denied by United States District Judge Audrey Collins. The request filed by the group was for a preliminary injunction that would have forced the city to permit the nativity scenes to return to the park during the holidays as the case went further in the courts.

Judge Collins did note that the group of churches is permitted to display its exhibits on private property in other areas across the city. The attorney for the city, Barry Rosenbaum, said that the policy in Santa Monica is going to withstand judicial scrutiny because the ban “did not look at the content or subject matter of these displays.”


The lawyer for the plaintiffs in the case, William Becker, said that there will be an appeal. Becker said that “religious speech enjoys as much protection in public places as secular speech.”