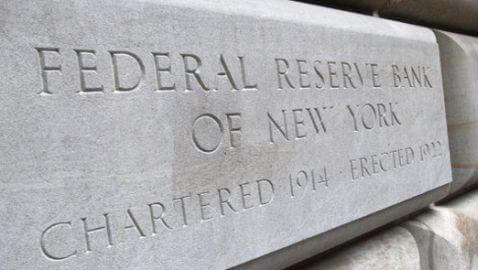 United States District Judge Paul Engelmayer dismissed the lawsuit filed by Maurice Greenberg that accused the Federal Reserve Bank of New York for unlawfully bailing out American International Group Inc during the financial crisis of 2008. The lawsuit was for $25 billion and was filed by Greenberg, who is the former chief executive of the insurer.

Prior to the bailout, AIG was the largest insurer by market value in the world and Starr International Co., Greenberg’s company, held a 12 percent stake, according to Reuters.


“The decision vindicates the Fed at every turn,” said David Skeel, a law professor at the University of Pennsylvania. “It shows a willingness, now and in the future, to give the Federal Reserve extraordinary flexibility to respond to a financial crisis without a serious risk of potential legal liability.”

The New York Federal Reserve was accused of operating ‘backdoor’ bailouts for banks that included Goldman Sachs Group Inc at the expense of shareholders at AIG, according to Starr. The lawsuit claimed that the insurer was forced to unwind its bets on mortgage debt by using hundreds of billions of dollars of credit default swaps. The lawsuit also claimed that the New York Federal Reserve breached its duties to shareholders under Delaware law, where AIG is incorporated.

Engelmayer, in his ruling, said that AIG acted because of “corporate desperation” when it accepted the $182.3 billion bailout. Engelmayer also rejected Starr’s claims that the New York Federal Reserve was a ‘loan shark’ for offering an initial $85 billion credit line at 14.5 percent interest.


“Merely because the AIG board felt it had ‘no choice’ but to accept bitter terms from its sole available rescuer does not mean that that rescuer actually controlled the company,” Engelmayer wrote in his ruling.

The lawsuit was filed in November of 2011 by Greenberg and Starr and have also sued the New York Federal Reserve in the United States Court of Federal Claims in Washington, D.C. The ruling by Engelmayer could be appealed with the 2nd U.S. Circuit Court of Appeals in New York, according to Greenberg’s lawyer, Robert Dwyer. Dwyer is from the law firm of Boies, Schiller & Flexner.


The New York Federal Reserve released the following statement: “We are pleased with the court’s decision to dismiss this case, which we have always believed to be without merit.”

“While driving a hard bargain with the counterparties might have saved AIG and its shareholders money, (the New York Fed) could reasonably conclude that its statutory mission of stabilizing the economy made speed and closure a top priority,” Engelmayer wrote.

“It could reasonably conclude that it was time for the cycle of collateral calls and mammoth rescue loans to end; that the stability of the U.S. economy required decisively terminating AIG’s exposure to counterparties; and that paying par value – as opposed to opening up a bazaar of uncertain and maybe protracted negotiations with counterparties – was the best means to attain such closure.”