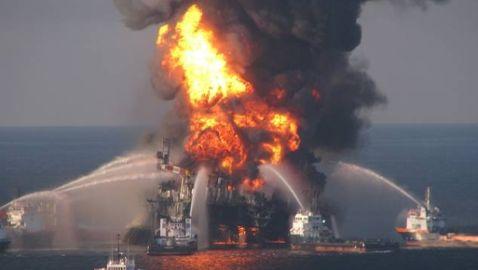 Attorneys for two employees of BP said that they were unfair targets of the United States government in an unfair investigation. The two employees were charged with manslaughter in the Deepwater Horizon disaster that left 11 people dead and caused millions of barrels of oil to enter into the Gulf of Mexico.

The two employees are Donald Vidrine and Robert Kaluza and they were the highest ranking employees on the oil rig before the incident occurred. Their lawyers claim that they are innocent of the charges that were filed against them. The government claimed “negligent and grossly negligent” conduct by the two, which led to the rig exploding, according to Reuters.


In the government’s indictment, it was stated that the two knew the Macondo well was not safe after a drill pipe was sent into it to test the pressure of the well on April 20, 2010. The two did not alert engineers on land about the issue and accepted ‘illogical’ explanations from crew members as to why the pressure was increasing in the well. The rig exploded later that night.

“After nearly three years and tens of millions of dollars in investigation, the Government needs a scapegoat,” said Shaun Clarke and David Gerger, attorneys for Kaluza. “No one should take any satisfaction in this indictment of an innocent man. This is not justice.”

By charging Vidrine, his lawyer said that the government “exercised exceedingly poor judgment. It is almost inconceivable that any fair-minded person would blame this hardworking and diligent man for one of the most catastrophic events in the history of the oil business,” said the attorney, Bob Habans.

The lawyer for Vidrine, in a statement released to the media, said that multiple investigative bodies were blaming other individuals and factors in the case. “Among many causes identified by these investigations were the failure of negligently designed cement at the bottom of the well, the failure of the blowout preventer, and the failure of others to monitor and control the well,” he said.


On Thursday, BP settled with the government and agreed to pay the government $4.5 billion and to plead guilty to felony misconduct in the incident. A third person, who formerly worked as an executive for BP, has been charged with misleading Congress during its investigation of the oil spill.