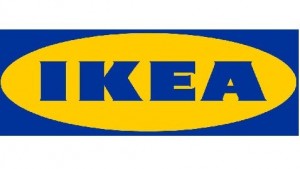 Ikea apologized this Friday for their use of prisoner labor in communist East Germany in the 1980s. After a Swedish television documentary which aired in June exposed them Ikea commissioned Ernst & Young to query the allegations. They discovered that Ikea knowingly used slave labor from criminals, many of which who were innocent and imprisoned for expressing political opinions.

“The G.D.R. did not differentiate between political and criminal prisoners,” explained Ernst & Young, noting that “during this time period, many innocent individuals were sent to prison.”

“We deeply regret that this could happen,” said Jeanette Skjelmose, an IKEA manager. “The use of political prisoners for manufacturing was at no point accepted by IKEA… at the time we didn’t have the well developed control system that we have today and we clearly did too little to prevent such production.”


The company also said that “Even though Ikea Group took steps to secure that prisoners were not used in production, it is now clear that these measures were not effective enough.”

For recompensation, Ikea is donating funds to research projects on forced labor in the former German Democratic Republic. They are also compensating the prisoners, some who have psychological and physical scars from forced labor.

Ikea’s Rainer Wagner, chairman of the victims’ group UOKG, said “Ikea has taken the lead on this, for which we are very grateful.”