Got a tip?
Home » Weird News » Woman Dies In Ireland after Being Denied a Necessary Abortion, because “This is a Catholic Country” 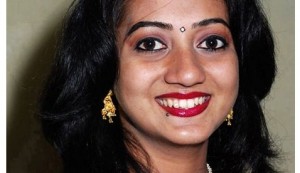 In a heartbreaking case that will test Ireland’s abortion law, a woman died because she was denied an abortion. The fetus was going into miscarriage, but they refused to abort it until it had no heartbeat, at which point the mother had contracted blood poisoning and quickly died.

“The consultant said it was the law, that this is a Catholic country,” said her husband to the Irish Times. “Savita [a Hindu] said: ‘I am neither Irish nor Catholic’ but they said there was nothing they could do.”

Savita Halappanavar, 31, was 17 weeks pregnant when she came to the doctor reporting searing back pain. Doctors confirmed she was losing the child but refused to abort while it had a heartbeat. She repeatedly attempted to get the medical attention she needed, but they refused. On the third day, after the fetus had died, they aborted it, but by this point Savita had acquired septicemia, or blood poisoning. By Oct 27 her heart, kidneys, and liver had stopped working and she was dead by the next day.


“In an attempt to save a 4-month-old fetus they killed my 30-year-old daughter. How is that fair you tell me?” asked A. Mahadevi, Halappanavar’s mother, to Indian television stations. “How many more cases will there be? The rules should be changed as per the requirement of Hindus. We are Hindus, not Christians.”

The doctor’s reserve comes from Ireland’s constitutional ban on abortion, which only in 1992 was amended by the Supreme Court to legalize abortion needed to save the mother’s life. Ambiguities in the law nevertheless keep doctor’s conservative as to whether they will operate, as in the case of Savita.

“The department and the ministers extend their sympathies to the family of the patient on their loss,” said the Department of Health in a statement. “There are currently two investigations under way and the department is awaiting the completion of these investigations before commenting further.”


It is possible the laws could be changed because of cases like this.