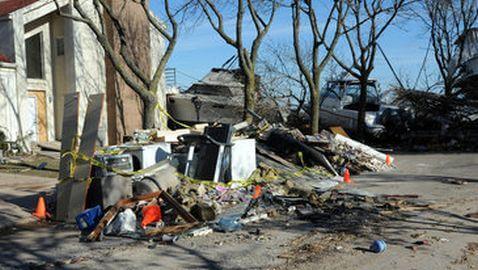 For a temporary period, administrators in New York have approved attorneys from out-of-state to offer pro bono legal services to the victims of Hurricane Sandy. An announcement was made on the issue earlier this week in response to the amount of people who need legal help following the storm. The Major Disaster Rule was invoked by the Court of Appeals on Wednesday in a response to a request filed by the state bar association, according to Reuters.

The Rules of the Court of Appeals adopted Section 520.11 in 2011 and it is being invoked for the very first time. Out-of-state lawyers are granted pro hac vice admission for the sole purpose of providing pro bono work that is only for disaster recovery efforts. The attorneys who come to the state for the pro bono work have to be supervised by a bar association or a non-profit, they must notify their clients that they had been admitted to a bar outside New York and they are not permitted to appear in court.


“There are a number of qualified lawyers who want to provide assistance to those affected by the storm,” Patricia Bucklin, the executive director of the New York State Bar Association, wrote in a letter to Chief Judge Jonathan Lippman on Wednesday.

One of the groups that has pledged help to victims of Hurricane Sandy is the American Health Lawyers Association, which is based in Washington. The members of the group have experience in federal disaster aid claims and insurance. Another group that has expressed interested in helping New Yorkers is that of the State Bar of Georgia.

In a press release from the court, the rule will be in effect until the Court of Appeals “determines that the emergency conditions in New York have ceased.” The rule can be used in the counties of Rockland, Putnam, Orange, Westchester, Ulster and Sullivan. It also applies in Long Island and New York City. Any out-of-state attorney who wishes to provide pro bono legal services in the state has to register with the group’s lawyer referral service, according to Bucklin.


Hurricane Sandy made landfall in the final days of the month of October and caused at least $33 billion of damage in New York, according to Governor Andrew Cuomo. Victims of Hurricane Sandy are being offered office-sharing programs and disaster training for lawyers affected by the storm and free advice for residential and business victims of the storm. That help is being provided right now by local bar groups, the state bar association and legal service providers.