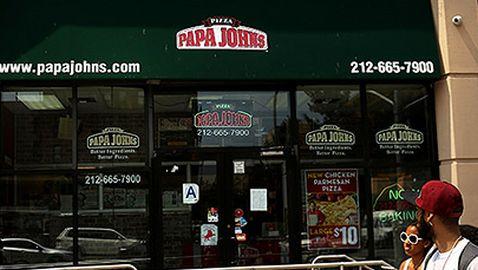 One of the more popular pizza chains in the country is being sued for $250 million in a class-action lawsuit for spamming customers with illegal text messages. The pizza chain, Papa John’s, reportedly sent over 500,000 text messages in the early portion of 2010 to customers. The messages sent to customers included deals for pizza and the customers complained that they were being sent 15 to 16 texts in a row, according to attorney Donald Heyrich.

“After I ordered from Papa John’s, my telephone started beeping with text messages advertising pizza specials,” Erin Chutich, one of the plaintiffs, said in a statement to CNN Money. “Papa John’s never asked permission to send me text message advertisements.”


Papa John’s used the mass text messaging service called OnTime4U, which has been named a defendant in the lawsuit as well. The lawsuit was originally filed in April of 2010, which is when Papa John’s decided to end its relationship with the mass texting company. Franchisees and corporate stores were told by the company that sending spam messages to cell phones “is most likely illegal.”

That message was correct based on the Telephone Consumer Protection Act of 1991, which bans companies from sending adds in text messages without the customer first agreeing to the service. The head of legal affairs for Papa John’s, Caroline Oyler, said that the corporate text system for the company is not involved in the lawsuit because the messages were sent “by third-party vendors and a small number of franchisees.”

Plaintiffs in the case are asking for $500 per text message but could be rewarded as much as $1,500 per message if the jury rules that the company willfully broke the law from 1991. This could wind up being the largest amount of money awarded in relation to the law since the law took effect in 1991.


“We have noticed text message spam is increasing in part because advertisers see it as a great way to get their material directly into the hands of customers,” Heyrich said. “We hope this case keeps text message spam out of cellphones.”

Oyler has said that the company does not see a basis for the estimate of $250 million in the lawsuit. U.S. District Court Judge John Coughenour, in Seattle, certified the lawsuit on November 9 and the company is planning to appeal the ruling.


“We don’t agree with it and will continue to aggressively defend it,” she said. “We’ll continue to litigate the case and defend the lawsuit and move to have it dismissed.”