Got a tip?
Home » Legal News » Petitions to Secede from Union Circulating 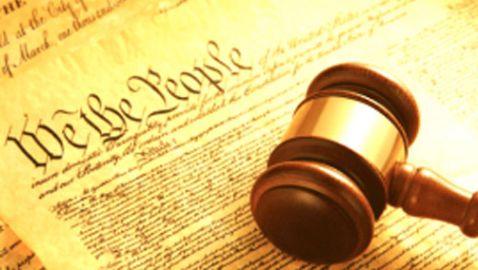 The “We the People” program, featured on the website for the White House, is a program run by the administration of President Barack Obama. That program has received over one dozen petitions from residents of individual states that requests secession from the union. One of those petitions was filed by Jesse W. for Arkansas. The petition reads as follows:

“As the founding fathers of the United States of America made clear in the Declaration of Independence in 1776:


“When in the Course of human events, it becomes necessary for one people to dissolve the political bands which have connected them with another, and to assume among the powers of the earth, the separate and equal station to which the Laws of Nature and of Nature’s God entitle them, a decent respect to the opinions of mankind requires that they should declare the causes which impel them to the separation.”

“…Governments are instituted among Men, deriving their just powers from the consent of the governed, that whenever any Form of Government becomes destructive of these ends, it is the Right of the People to alter or abolish it, and institute new Government…””

A petition filed on behalf of Texas by Micah H. reads as follows:


“The US continues to suffer economic difficulties stemming from the federal government’s neglect to reform domestic and foreign spending. The citizens of the US suffer from blatant abuses of their rights such as the NDAA, the TSA, etc. Given that the state of Texas maintains a balanced budget and is the 15th largest economy in the world, it is practically feasible for Texas to withdraw from the union, and to do so would protect it’s citizens’ standard of living and re-secure their rights and liberties in accordance with the original ideas and beliefs of our founding fathers which are no longer being reflected by the federal government.”

Petitions for secession from the union have been filed in response to Obama winning a second term as President by beating Republican candidate Mitt Romney. Should a petition receive 25,000 signatures in a 30-day period then the White House has to review it and respond to it, not grant the petition’s wishes but respond to it.


“If a petition meets the signature threshold, it will be reviewed by the Administration and we will issue a response,” the website says.