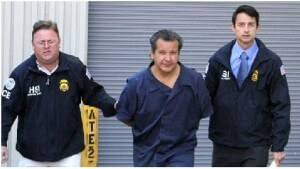 Former Carnegie Mellon University trustee Marco Delgado has been charged for helping a Mexican drug cartel launder $600 million. Specifically charged with conspiracy to commit money laundering, Delgado’s involvement comes as a shock and disappointment to those who know him for his efforts at the University.

He endowed a fellowship for Hispanic students with $250,000 in 2003. Now there’s question where that money came from. He has been on the board of trustees since 2006, leaving recently to help Enrique Pena Nieto campaign for president of Mexico. Aside from serving on the university board of trusties, he also served on the Dean’s Advisory Council of the Heinz School.

Delgado has been indicted under seal in September. It is alleged he dealt with the Cartel de los Valencia, which is based in Jalisco, Mexico.


A professor at Heinz School, where he made his endowment, said “I’ve known Marco Delgado for some considerable number of years. He was never a student [of mine] but always was interested in our Hispanic students, and he has been generous.”

The corruption of a high official is especially disappointing. As Dennis A. Ulrich, special agent in charge of Homeland Security Investigations in El Paso explains, “Drug cartels operate only on the basis of greed. However, when they can also corrupt trusted authorities, the integrity and stability of both countries’ financial infrastructure may be at risk.”