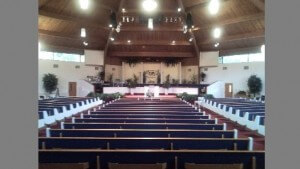 American Religious Affiliations are changing faster than ever before: the new Pew Research Center poll found that one-fifth of U.S. adults have no affiliation. 19.6 percent say they are “nothing in particular” or agnostic or atheist, up from 8 percent in 1990.

“We think it’s mostly a reaction to the religious right,” said Harvard political scientist Robert Putnam, who has keenly studied such trends. “The best predictor of which people have moved into this category over the last 20 years is how they feel about religion and politics,” especially regarding gay rights. It seems certain intransigent fundamentalists have spoiled the religion for a lot of the more liberally minded.

More important than the influence of the so called “New Atheists” such as Richard Dawkins and Sam Harris, who have made the atheistic worldview much more palatable, commentators identify politics as the deciding element in the deconversions. 65 percent of the unaffiliated voted for Obama last election. Only one-third think it matters if the president is a believer, unlike three-quarters of the affiliated who think it matters.


A full one-third of adults under 30 identified them as “nones” or of having no affiliation, suggesting this trend will only increase in the future. “I suspect for these reasons that simmering cultural conflict for the last 30 or 40 years is likely to continue,” said religion and politics expert John Green, who advised Pew on the study.

The non-affiliated are not all simply atheists. 68 percent of them say they believe in God or a universal spirit and one-fifth pray daily.

Despite the trends, Putnam doesn’t think we will become as secular as Europe. “Religion as a whole in America has been astonishingly resilient. That’s because we have really entrepreneurial leaders. I think it would be bad to bet against the creativity of American religion.” Perhaps the next “Awakening” in America will embrace such issues as gay rights rather than damn them?