Got a tip?
Home » Legal News » Teachers and Administrators at Center of Sex Scandal in New Jersey 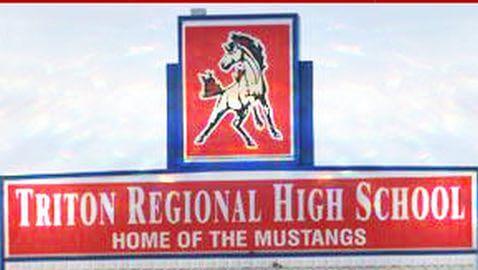 Triton High School in Runnemede, New Jersey is at the center of teacher-student sex scandal that reaches the administration level too. Principal Catherine DePaul was notified six months ago by a student who was worried that another student was taking part in a sexual relationship with one of the teachers. The student even told the principal that she saw explicit texts between the other student and the teacher.

On Thursday, a major cover-up was disclosed to the public that involved DePaul, an assistant principal and three teachers. Charges filed in the case include official misconduct, child endangerment and sexual assault. All five employees have been suspended and each could be sent to prison for five years if convicted. The teachers, all men in their late 20s or early 30s, had sexual relationships with students in the 2011-2012 academic year.


Camden County prosecutor Warren Faulk said the administrators permitted a culture “where teachers thought they could get away with improper relationships with their students. These charges constitute individual personal, moral, legal and ethical failure.”

Dan Michielli, 27, a math teacher, had intercourse with a student multiple times during the academic year. Michielli has been charged with official misconduct, sexual assault, endangering the welfare of a child and criminal sexual conduct.

Nick Martinelli, 28, is the gym teacher and the boys’ soccer coach. He was charged with official misconduct involving an 18-year-old. Martinelli has been accused of touching and kissing a female student and then having intercourse with her after graduation.


Jeff Logandro, 32, a math teacher, has been charged with official misconduct, criminal sexual contact and endangering the welfare of a child. Logandro reportedly touched a female student inappropriately.

A substitute teacher was told in April by a student not involved in the incident that teachers were ‘hooking up’ with other students. The substitute teacher then informed DePaul of the allegations. The student met with DePaul, telling her she was at the home of a teacher with the student involved and saw the texts. The student wrote a statement of what she knew and was helped by vice principal Jernee Kollock, who helped her make the incident seem less serious.


Then DePaul found out that a teacher took one of the victims and a student to Ocean City, which violates district policy. Faulk said that the teacher was simply reprimanded. Neither of the administrators alerted authorities of the allegations. Both administrators have been charged with official misconduct.

John Golden, the district Superintendent, released a statement that said: “In addition, we have initiated a comprehensive review of our existing policies, protocols and training and education materials to prevent this from happening again at this or any district school.”

Motivated attorney sought by established firm for litigation position. Candidate should have two or ...