Back in August, Todd Akin caused a stir across the country for his comments about abortion when he said that victims of ‘legitimate rape’ often do not get pregnant because “the female body has ways to try to shut that whole thing down.” Akin is a Republican congressman from Missouri. These comments are not the first issued by Akin about the topic. According to Amanda Marcotte from Slate, Akin delivered a speech in 2008 on the House floor that denounced abortion providers as ‘terrorists.’ He went as far as to say that abortion providers even perform abortions on women ‘who are not actually pregnant.’ Akin’s comments are as follows:

“It is no big surprise that we fight the terrorists because they are fundamentally un-American, and yet we have terrorists in our own culture called abortionists. One of the good pieces of news why we are winning this war is because there are not enough heartless doctors being graduated from medical schools. There is a real shortage of abortionists. Who wants to be at the very bottom of the food chain of medical profession? And what sort of places do these bottom-of-the-food-chain doctors work in? Places that are really a pit. You find that along with the culture of death go all kinds of other law-breaking: not following good sanitary procedure, giving abortions to women who are not actually pregnant, cheating on taxes, all these kinds of things, misuse of anesthetics so that people die or almost die.”

Even though Akin’s comments have caused quite a stir across the country and even caused his fellow politicians asking him to resign, he still has a shot to defeat incumbent Senator Clair McCaskill, a Democrat from Missouri. Despite his comments, multiple Republicans have announced their support for Akin recently. Those Republicans include Jim DeMint, Newt Gingrich and Rick Santorum. 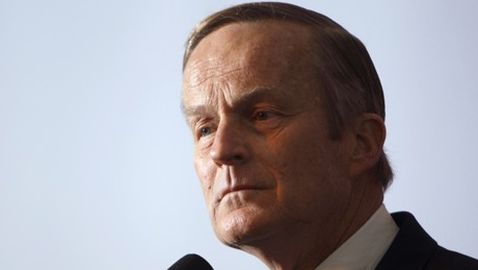