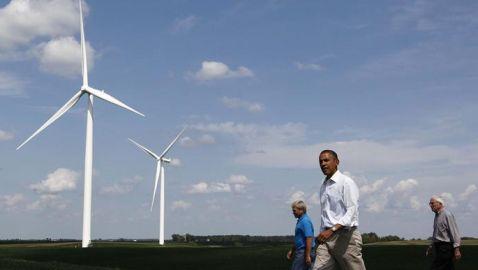 President Barack Obama has been sued by a Chinese firm for ending its chance to construct wind farms near a naval training site. The firm, Ralls Corp, was having wind turbines installed close to a training site in Oregon. The training site is used to test unmanned drones. The company is owned by two Chinese nationals.

The president ended the project last week and ordered the company to sell the four wind farms because of risks to national security. The company has until December 27 to meet the demands. The lawsuit claims Obama went above his power by dictating the terms of the sale, by permitting the government to inspect all its operations and by treating the firm unequally.


The order issued by Obama came after a recommendation was issued by the Committee on Foreign Investment in the United States (CFIUS). CFIUS was originally sued by Ralls Corp back in September because the company was forced to stop operations for a temporary basis while the probe was finished.

“It’s a very, very difficult case,” said Ivan Schlager. Schlager is a partner for Skadden, Arps, Slate, Meagher & Flom and is in charge of the firm’s CFIUS practice. “The statute was crafted to give the president a great deal of discretion and authority to act to protect the national security interests of the United States.”

Obama said that the Ralls Corp and the Chinese Sany Group executives who are the company’s owners could take actions that present a security risk to the United States. Obama said there was credible evidence for this fear.