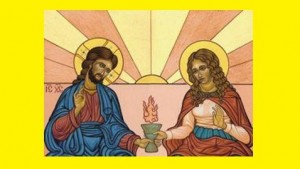 The Vatican newspaper has condemned the new “Jesus Wife” scrap as a fake. Unlike the plot of the Da Vince Code, that also suggested Jesus had a wife only for the idea to be suppressed, there are much better reasons to doubt the fragment other than protecting a traditional view of Jesus.

The Newspaper, L’Osservatore Romano, featured Coptic scholar Alberto Camplani and early Christian history expert and editor, Giovanni Maria Vian, who both point the fact that the fragment was purchased on the market with no archeological provenance as suspicious.

It is an “inept forgery” and “at any rate, a fake,” declared Vian, who charged Harvard with mishandling the finding by giving it to the newspapers for a “clamorous” media reception, only for “specialists [to] immediately question it.”


There is some consensus among scholars that the grammar and form look suspicious, but a test of the ink will be more conclusive. Further, the text’s interpretation need not be understood in the terms of our recent fervor for a married Christ. References to “wife” in relation to Jesus are usually metaphorical, with Jesus as the Groom, and the Church his “wife.”

The fragment has two phrases: “Jesus said to them, ‘My wife…” and another, “she will be able to be my disciple.” One common scenario among Christian history revisionists is that Jesus had married Mary Magdalene and made her his disciple. Whatever lack of historical evidence there is to support this vision, it nevertheless answers an ache many feel over the lack in the New Testament of compelling female figures, female disciples, or any female aspect of the Divine (the trinity is often characterized as being three male personages). It was to answer this need, in psychoanalyst Carl Jung’s view, that the dogma of the Assumption of the Virgin Mary answered, an event which he called “the most important religious event since the reformation,” and by which he laments “Protestantism [as having] the odium of being nothing but a man’s religion which allows no metaphysical representation of woman.”