Got a tip?
Home » Breaking News » 74-year-old Tries to Plant Sunflowers but Gets a Field of Marijuana 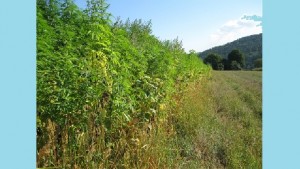 If the police catch you growing marijuana, could you claim you thought they were sunflower seeds and made an honest mistake? It seems that an elderly farmer in Germany really did make this mistake, using a bag of what he thought was old bird seed to plant a crop of sunflowers over his one-acre field only to turn up 1,000 cannabis plants.

Concerned locals narced him out, and the German police paid him a visit in his town of Moembris in the southern state of Bavaria on Tuesday. They disabused him of his bird-seed theory and promptly told him to destroy the crop.

“The friendly elderly gentleman was surprised at the strange plant that had grown next to the flowers but did not identify them as cannabis plants,” said the police statement.


“The farmer promptly plowed up the field with the tractor under the watchful eye of the police,” said police spokesman Stefan Brabetz.

They were watchful, though this was a type of cannabis too weak to intoxicate or addict.

Despite the seeming innocence of the entire fiasco, Brabetz says that “Nevertheless, the case is being presented to the local prosecutor’s office and a judge will have to decide whether formal charges need to be filed or not.” After all, German law only incriminates those who “knowingly” grow cannabis.