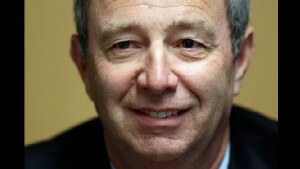 When condemning the words a fellow candidate gaffed regarding rape, it is advisable not to then gaffe yourself. Republican Tom Smith, who is trying to unseat Democratic Sen. Bob Casey, clarified in an interview that he opposed Rep. Todd Akin (R-Mo.) infamous comments that in instances of “legitimate rape,” “The female body has ways to shut the whole thing down.” Not only did the qualification of “legitimate rape” sound tactless, but the stipulated biological process is a complete fiction. Nevertheless, Smith failed it distance himself from Akin’s comment, but instead incriminated him with it, when he compared rape to having a child out of wedlock.

When asked how he would counsel a daughter or granddaughter who had been impregnated by rape, Smith said: “I lived something similar to that with my own family. She chose life, and I commend her for that. … Don’t get me wrong; it wasn’t rape.”

So what was it, wondered the reporter, to which Smith clarified, “Having a baby out of wedlock.”

When confronted later on his comparison of having a child out of wedlock is similar to having a baby due to rape, he claimed, “I never said that. I didn’t even come close to that.”

His opposition, Senator Casey, declined to comment on this, but he himself opposes abortion as well, making exceptions, however, for rape and incest.


Things look ugly for Smith at this point: his opposition has a 19-point head, but Smith said “It’s a long time until Election Day. A lot can happen between now and then.”