Got a tip?
Home » Legal News » New Jersey Could Be Lighting up Medical Marijuana after Labor Day 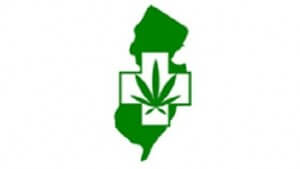 Two years ago New Jersey legalized medical marijuana and only now can anybody get some. After a rigorous rigmarole and the setting in place of scrupulous safeguards, six dispensaries are planning to make the medicinal herb available to suffering patients, beginning with the Greenleaf Compassion Center in Montclair, Essex County, which will have its crop ready in September.

Part of the delay lies in the creation of the patient registry system, which was drawn out to work out safeguards against police disputations.

“We tried to make the process user-friendly as possible,” said Commissioner Mary O’Dowd. But the registry’s launch is “a meaningful step in the commitment we have to getting this program up and running.”


“Creating all of these systems was a little time consuming, but we believe we’ve provided a streamlined easy to use system for patients and physicians and something that will stand up to law enforcement scrutiny.”

Candidates likely to be approved to participate in the program will have to be suffering from such conditions as terminal cancer, multiple sclerosis, glaucoma, Croh’s disease, and other such diseases. They must be approved with one of only 150 doctors who have registered with New Jersey to prescribe the drug and then pay $200 for a registration card that is viable for two years. Patients with Medicare or Medicaid or similar programs would have to pay only $20.

The Greenleaf Center will be available shortly after Labor Day, but only one other center is likely to be available this year, the Compassionate Care Foundation of Egg Harbor. It is yet to be approved to start growing its crop, at this point.


“We’re hoping in the next week or two we get a grow permit,” said its CEO Bill Thomas, setting his ideal launch date at the start of December.

New Jersey is one of seventeen States, along with Washington D.C. to have legalized medical marijuana, but there is some ambiguity in the law, as both selling and using the drug remain a federal offense.