Got a tip?
Home » Home » Greenberg Traurig Asks Partners to Pay in $24M in a Capital Call to Buy Cushion 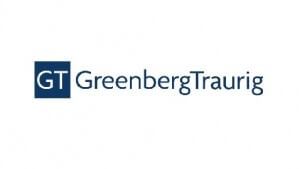 Greenberg Traurig is tapping its equity shareholders for $24 million in capital, but that’s just to avoid getting caught in the rain. Its 1,700 lawyers are expected to pay the firm 1 to 5 percent of their early earnings — 1 percent for lower earners, 5 percent for higher — which amounts to $76,923 from each partner, on average.

This is to “add to our equity cushion,” said Greenberg’s chief executive officer Richard Rosenberg, not that the firm was in dire straits. “There was no current cash need or other requirement giving rise to this decision, one which is fully consistent without conservative financial management and with what other well-managed businesses are doing in the current global economic climate.”

Greenberg hasn’t made such a call for cash in over a decade, but it is noted that 30 percent of law firms schedule these regularly. The firm ranked 10th on the latest Am Law 100 survey, making $1.24 billion, 0.6 more than its previous year. The call for an equity cushion, they explain, is based on the turbulent and uncertain market.


Not all partners were tickled with the idea of being tapped. Over the conference call upon which it was announced, some partners swore to themselves. And though they were expected to pay in at the end of 2012, Traurig bent that requires and allowed partners to make two payments, the second in early 2013.

Nevertheless, with partners averaging $1.42 million a piece, the 1 to 5 percent loss is relatively minor.