Got a tip?
Home » Law Students » Rob Kardashian Jr. Wants to be a Lawyer Like his Dad 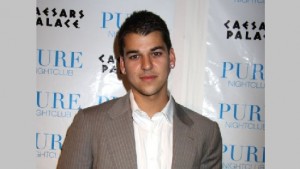 For Rob Kardashian Jr., the world has been his oyster, after piggybacking on the reality television career of his sister, Kim, and starring in the reality television show “Keeping up with the Kardashians.” Nevertheless, he has been looking for his own profession, from considering being a music manager to interning at a corporate office to dancing on Dancing with the stars, before deciding to use his business degree to follow in his father’s step and becoming a lawyer. Rob has been accepted and will this fall attend USC’s law school.

It may, after all, be more respectable to follow after his dad rather than his sister, and perhaps also become a defense attorney. Robert Sr. infamously secured an acquittal, with the help of his colleague Johnny Cochran, for O.J. Simpson of his murder charges.


His father has since deceased, and though Robert Sr.’s wife seems to have given him no reverence in describing with little sense of shame the affair she had while married to him, it is hoped that his son will carry on the more noble aspects of Kardashian legacy.