Got a tip?
Home » Breaking News » The Changing Face of Poverty 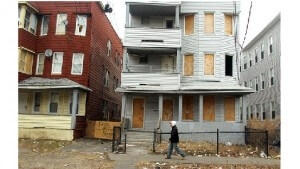 Compared to the kings of yore, the average American obviously has the advantage with a more flattering wardrobe, technological devices undreamed of centuries ago, access to the world’s literature for free at libraries, access to foods from around the world, and so much more. In fact, the access to the sorts of technologies modern American’s regard as luxuries — smart phones, flat screen televisions, game systems, air conditioning — have put all such things almost equally in the hands of low-income consumers as the middle class and wealthy.

A 2009 Residential Energy Consumption Survey, for instance, discovered that 62 percent of households earning less than $20,000 annually nevertheless owned between two and four televisions, whereas those earning more than $120,000 averaged 68 percent. Microwaves, air-conditioning, LCD or plasma TV’s, cable television, DVD players, smart phones, game consoles are standard property for the poor, and according to Aparna Mathur, a resident scholar at the American Enterprise Institute, “People are not as badly off as you think.” Mathur identifies three factors in disseminating these luxuries: they have become less expensive, American’s splurged on debt before the Great Recession, and Entitlement programs have put more spending money in the hands of lower-income households.

Nevertheless, Melissa Boteach, director of the Poverty to Prosperity program at the Center for American Progress, warns us that “Technology is getting much cheaper, but the cost of basics is really putting pressure on family budgets.”


Some of the trends we’ve seen in the last decade include American’s tendency to cluster in neighborhoods with neighbors of similar income, increasing the isolation of the richest and poorest, according to a report released Wednesday by the Pew Research Center, noting that the percentage of upper-income households settling in affluent neighborhoods doubled between 1980 and 2010.

We’ve also seen an increase in childhood poverty. “In 2000, the official child poverty rate, which is a conservative measure of economic hardship, was 17 percent,” said Casey Foundation President and CEO Patrick McCarthy in a recent report. “From 2000 to 2010, the number of children living in poverty jumped from 12.2 million to 15.7 million, an increase of nearly 30 percent.”

Why this is bad, he goes on to argue, is that “Growing up in poverty is strongly associated with bad outcomes for children. On almost every measure, children who experience chronic or deep poverty, especially when they are young, face tougher developmental and social barriers to success.”


Others have argued that it need not be “deep poverty” to make life a struggle for such children and their families. “Families need an income of roughly twice the federal poverty level to cover basic expenses for housing, food, transportation, health care, and child care,” said “The Kids Count Report” produced by the Casey Foundation. “In 2010, 4.4 percent (32.2 million) of U.S. children lived in with incomes below 200 percent of the federal poverty level” which is $36,620 for a family of three.

Whether poverty incapacitates children as they grow up, or is merely associated with it requires further clarification from other studies, but the face of poverty, what it is actually like, seems to be changing in the last few decades.