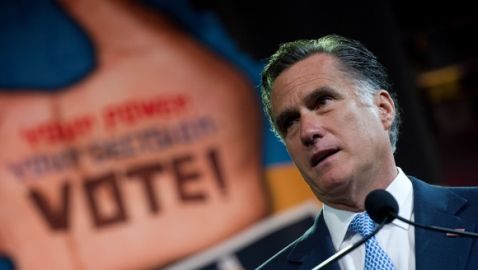 On Monday, Mitt Romney told Jewish donors that they have become more successful economically than the Palestinians because of their culture. His comments caused outrage amongst Palestinian leaders, who felt that the comments were racist.

“As you come here and you see the GDP per capita, for instance, in Israel which is about $21,000, and compare that with the GDP per capita just across the areas managed by the Palestinian Authority, which is more like $10,000 per capita, you notice such a dramatically stark difference in economic vitality,” Romney said in front of 40 donors who ate breakfast with him at the King David Hotel.


“And as I come here and I look out over this city and consider the accomplishments of the people of this nation, I recognize the power of at least culture and a few other things,” Romney said.

An aide to Palestinian President Mahmoud Abbas, Saeb Erekat, said, “It is a racist statement and this man doesn’t realize that the Palestinian economy cannot reach its potential because there is an Israeli occupation. It seems to me this man lacks information, knowledge, vision and understanding of this region and its people. He also lacks knowledge about the Israelis themselves. I have not heard any Israeli official speak about cultural superiority.”

Andrea Saul, a spokesman for the Romney campaign, said, “His comments were grossly mischaracterized.”


John Earnest, a spokesman for the White House, said that the comments from Romney left some “scratching their heads a little bit. One of the challenges of being an actor on the international stage, particularly when you’re traveling to such a sensitive part of the world, is that your comments are very closely scrutinized for meaning, for nuance, for motivation.”

There is a different between the Palestinians and the Israelis, which is larger than what Romney discussed with his donors. In 2011, the per capita gross domestic product for Israel was $31,000. In 2011, Gaza and the West Bank had a per capita GDP of $1,500. These statistics were provided by the World Bank.


In attendance at the breakfast were hedge fund manager Paul Singer and New York Jets owner Woody Johnson. The breakfast was the final stop for Romney during his visit to Israel, which was the second stop on his three-country tour that Romney hopes will increase his credentials for foreign policy as he runs for the White House. While in Israel, Romney did not visit the West Bank and he did not have a meeting with Abbas. He did however meet with Salam Fayyad, the Palestinian Prime Minister.