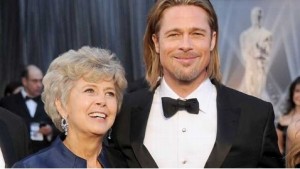 In a country that prides itself on free speech, nobody should fear for their safety merely because they voiced an unpopular opinion. Nevertheless, when Jane Pitt expressed her conservative views to a local newspaper, urging tolerance for Mitt Romney’s Mormonism to Christians who are nervous to vote for him, her criticisms of homosexuality have inspired death threats and obscene tweeting to such an extent that she has been “scared into silence.” John Voight, Brad Pitt’s soon to be father-in-law, however, said he agreed with all she said.

“Any Christian who does not vote or writes in a name is casting a vote for Romney’s opponent, Barack Hussein Obama — a man who sat in Jeremiah Wright’s church for years, did not hold a public ceremony to mark the National Day of Prayer, and is a liberal who supports the killing of unborn babies and same-sex marriage….I hope all Christians give their vote prayerful consideration because voting is a sacred privilege and a serious responsibility.”

Nevertheless, voices that normally would be urging for tolerance seem to think the term only applies to homosexuals, as she’s faced an onslaught of such tweets as: “BRAD PITT’S MOM WROTE AN ANTI-GAY PRO-ROMNEY EDITORIAL. KILL THE B***H,” and “Brad Pitt’s mom, die.”

Conservative commentators such as Rush Limbaugh, and National Review Online columnist Michelle Malkin have voiced in to her support, noting the unfair double standard of advocating tolerance in only one direction.


Brad Pitt hasn’t commented, and is ardently pro-Obama, but his brother Doug explained that “you know, I think moms and dads and kids agree to disagree all over the world. So why would our family be different? There can be healthy discussion when people disagree with you. The bad thing is when it turns to venom and negativity, and we don’t have that in our family. It’s open discussion. We can learn from each other, and if anything, it solidifies your point. Or maybe you learn something.”