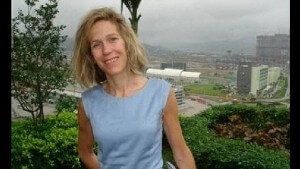 Eva Rausing, heir with her husband to her father-in-law’s Tetra Pak fortune worth $6.7 billion, mother of four children whom she calls “my greatest achievement,” philanthropist, and one of Britain’s wealthiest women, was found dead in her mansion Wednesday. There is no immediate indication of the cause of her death, and though many of their friends opine that it was drug-overdose, considering her struggles with heroin and cocaine, there has been one arrest of a 49-year-old man related to the case.

The man was arrested on suspicion of drug possession, and a further search lead ultimately to the discovery of Eva’s body.

Hans Kristian Rausing, her husband, had just been arrested on suspicion of possessing drugs, after driving erratically, hours before Eva’s body was discovered. The couple in fact met in rehab, and they have donated millions of pounds to charities that battle drug addictions, empathizing with others who share their struggles.


Eva’s addiction was first made public in 2008 when she was arrested for attempting to bring crack cocaine and heroin into the U.S. Embassy building in a handbag. The charges were for some reason dropped, but despite their family being “deeply saddened” by the couple’s continual struggle with drugs, they still couldn’t overcome it.

Her sense of ennui, if anything, is an indication to the truth of the old saw “money can’t buy you happiness,” as she had put of Facebook that she had fallen “back into the same hole as before and has been there for 7 years.”

“I don’t work, but probably should. Or at least think of a constructive way of using my time, enlarging my life,” she would muse on Facebook. And though she regarded her children as her greatest accomplishment, she had to defend her maternal character on these terms: “I am often accused of not being maternal. It’s true that I employ a lot of help for the children, but I really do love them so much that I almost have to distance myself or it would be too painful. So there — my critics. I am a good mother, and I love my children. Do I take them to school in the morning, or get up with them? No. It does not make me a bad mother. They have never known anything different.”


Her friend Liz Brewer has told the news that “this has been an existing problem for a long time. She was totally addicted, obviously, and was trying to get off it. I think the whole thing is a complete tragedy.”