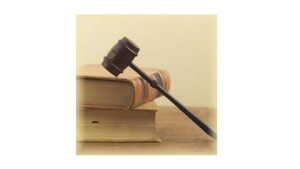 Elizabeth Reilly is stepping up as interim dean at the University of Akron Law School; she was already the school’s vice provost for academic planning. Reilly started out at Akron in 1980 as an adjunct professor, and has since focused on such classes as Sexual Orientation and the Law and such topics as reproductive choice, gender identity and religion clauses — laws dealing with individuality in light of the law.

Susan Duncan is stepping up as interim dean as well, at the University of Louisville’s Louis D. Brandeis School of Law. She’s been on board Brandeis since 1997 and is a former chair of the Commission of the Status of Women, focusing also on child law, antibullying laws, and laws protecting children from internet pornography.


Arizona State University’s Sandra Day O’Connor College of Law promoted three people to associate deans this week: Mary Sigler, a professor there since 2003, who will help direct faculty research grants and plan conferences; Zachary Kramer, who will be Associate Dean for Intellectual Life, overseeing mentoring and institutional conferences; and Adam Chodorow, a professor there since 2004, who will be Dean for Innovative Ventures, focusing on new programs for the law school.