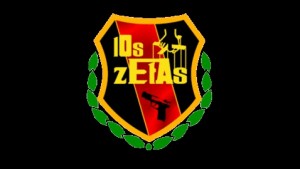 A Mexican drug cartel has been laundering money through Bank of America. The bank, the second largest in the States, is being investigated by the FBI due to the apparent abuse of the gang Los Zetas, who passed over a million dollars though it each month, fronted by the U.S. company Tremor Enterprises, LLC, a horse business run by Trevino Morales, a U.S. citizen who has two brothers in the gang.

The U.S. government characterizes Los Zetas as “the most technologically advanced, sophisticated and dangerous cartel operating in Mexico,” known to traffic cocaine and to be notoriously violent.

Jose Trevino, for his part, has pled not guilty to the charges of money laundering. He allegedly used funds from Los Zetas to purchase quarter horses in his business, sprinters used in races. One of these horses even won the $1 million first-place prize at the All America Futurity race at Ruidoso Downs.


Meanwhile, the Bank of America is not being charged for misconduct. Larry Di Rita, a Bank of America Spokesman, has said that “We have strong anti-money-laundering procedures and work closely with the authorities when suspicious activity is discovered,” and of course they have fully cooperated with the FBI during investigations on this matter.