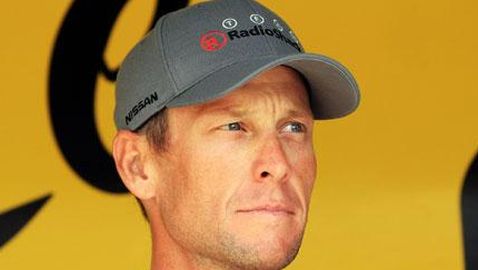 A lawsuit was filed in federal court on Monday by Lance Armstrong for the purpose of blocking the U.S. Anti-Doping Agency from filing charges against him that say he used performance-enhancing drugs during his career. The lawsuit filed by Armstrong claims that the rules of USADA violate the constitutional rights to a fair trial of athletes and that the agency does not have jurisdiction in this case. Named in the suit is Travis Tygart, the chief executive for USADA. He is accused of having a personal vendetta against Armstrong. Armstrong won the Tour de France from 1999 to 2005.

The court has been asked to issue an injunction by Armstrong by this coming Saturday, which is the deadline to challenge the case in the arbitration process of the USADA. Armstrong could be issued a lifetime ban from the sport of cycling and have his Tour de France victories taken away from him if he is found guilty.


“The process (USADA) seek to force upon Lance Armstrong is not a fair process and truth is not its goal,” the lawsuit states.

The USADA was created in 2000 and it has been recognized by Congress as the official anti-doping agency for Olympic spots in the country. Armstrong was charged by the agency back in June for taking performance-enhancing drugs and for being involved in a doping conspiracy while competing in the Tour de France. Some of his Tour de France teams were sponsored by the United States Postal Service. These charges come after a two year investigation into Armstrong about doping allegations that yielded zero charges against him. USADA says that 10 former teammates and associates said they would testify against Armstrong and that it has blood samples from 2009-2010 that show doping.

Armstrong retired from the sport in 2011 and has said that he passed over 500 drug tests in his career and never had to be flagged for a positive. Also being charged by USADA are former Armstrong team manager Johan Bruyneel and multiple team doctors. None of these people are named in the lawsuit Armstrong filed. The lawsuit states that Armstrong faces irreparable harm if the case moves ahead to arbitration because the rules of USADA do not allow him to create a legitimate defense.


“It is a testament to USADA’s brazenness and callous disregard for its own mission that it seeks to strip Mr. Armstrong of his life’s work,” the lawsuit states. The lawsuit was filed in U.S. District Court in Austin.