Got a tip?
Home » Legal News » Texas Teacher Allegedly Had Sex with Student in Classroom

Kathryn Camille Murray was arrested and charged with sexual abuse of a child back in February. Murray is 29 and is a former teacher from Houston, Texas. Murray is now facing more charges that allege she had sex with her 15-year-old student in her classroom twice. The first charges filed against Murray said that she had sex with the teenage student in his home back in February when his parents were away on vacation. Murray worked as an eighth grade teacher and is now facing two counts of sexual abuse of a child and one count of improper relations with a student.

Chuck Brawner, the city police chief, said that the department kept investigating after the first round of charges were filed because they thought there was much more to be found.


“And we will not stop until we get to the end of it,” Brawner said.

There were reports that Murray closed out her bank account and was planning to flee to Mexico prior to her first arrest in the case. Murray is out of jail on bond but has been ordered to wear a GPS device and follow a restraining order against her regarding the teenage boy. Murray is scheduled to make a court appearance next week. Murray worked for the Spring Branch ISD.

The sexual incident came to light when the boy informed his parents that he and Murray had sex three times prior to incident Murray was originally charged with. The initial incident occurred on February 11. According to court documents, the boy told his parents that he had sex with Murray twice in the classroom at Memorial Middle School and once at a hotel room on February 10. The boy said, “the night a dance was held for eighth grade students” at the school, the two went to a hotel. The court documents show that the boy was dropped at the school by his father and then met Murray at a church. Murray drove the two to a hotel, which she paid for in advance, and the two had sex. After the night was over, Murray drove the boy “the vicinity of the school.” The boy then walked the rest of the way back to the school.


Court records also explain that a police officer from Spring Branch ISD saw hotel security footage that shows the teacher and the boy entering and leaving the hotel with each other.

A statement was issued by the school district regarding the incident:


The safety of every SBISD student is our very highest priority. We are deeply shocked and outraged by this alleged conduct. We will never tolerate any teacher or other employee who takes advantage of and harms a student. This allegation, if true, represents a complete breach of the trust that our children and our community place in our educators every day. We are saddened by these allegations, and we are very concerned about the well-being of the student and his family. 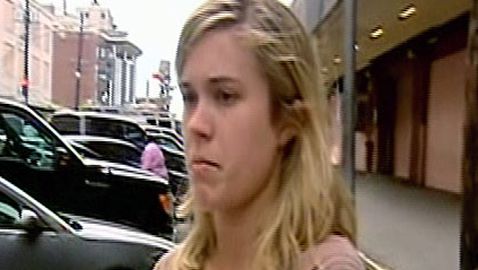