Got a tip?
Home » Breaking News » Alcohol and Pills are Gateway Drugs, but Marijuana is Not 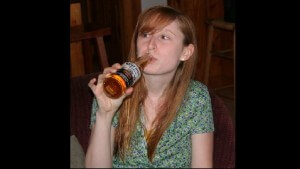 Two new studies have shifted the title of “gateway drug” from marijuana to either alcohol or prescription medicine. The gateway drug theory, as old as the “reefer madness” propaganda of the 1930s, claims that using marijuana opens the gate to using harder drugs; and it is usually the case that if a person has used heroin, he or she has tried many other less serious drugs before that.

But its not so, says the latest study; marijuana is less significant to more dangerous drug use than early drinking. In a study, Adam E. Barry said that “By delaying the onset of alcohol initiation, rates of both licit substance abuse like tobacco and illicit substance use like marijuana and other drugs will be positively affected, and they’ll hopefully go down.”

“As you can see from the findings in our study, it confirmed this gateway hypothesis, but it follows progression from licit substances, specifically alcohol, and moves on to illicit substances.


“So, basically, if we know what someone says with regards to their alcohol use, then we should be able to predict what they respond to with other [drugs]. Another way to say it is, if we know someone has done heroin, then we can assume they have tried all the others.”

How certain is this correlation between highschool alcohol use and later drugs? “There was a low enough number of errors that you are able to accurately predict [future substance abuse behavior] with about 92 percent of accuracy,” said Barry.


Another study involving Marshall County District Attorney and district judge-elect Mitch Floyd has discovered that prescription pills is even more prevalent than alcohol use. The pills are often readily at hand in their parent’s medicine cabinets, and have caused more deaths than the harder drugs.

As of 2010, Americans average 12.99 prescriptions per person. Most are from the hydrocodone family, with 131 million scripts for painkillers Lortab, Lorcet and Vicodin.


“The mentality is that these prescriptions don’t carry the stigma of illegal drugs because doctors prescribe them,” said Floyd. “But the truth is pills are more deadly than heroin, cocaine, and meth combined.”

To back this claim, consider that as of 2009 397,160 emergency room visits involved non-medical use of prescription pills, killing 37,485 people — more than the number of automobile deaths.