Got a tip?
Home » Celebrity News » Topless Photos of Tallulah Willis being Shopped to Media Outlets 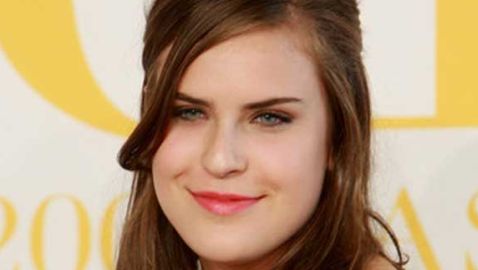 Yet another Hollywood starlet has been caught in a nude photo scandal as topless photos of Tallulah Willis are being shopped around to various media outlets, according to reports. The photos allegedly show Willis smoking on what looks to be a joint. There are four pictures of the teen, who hit 18 in February, completely topless while looking at the camera. Willis is the daughter of Bruce Willis and Demi Moore. She seems to have no problems with controversy as she was cited for underage drinking in Hollywood at the age of 17 last year.

The divorced parents of Tallulah have been embarrassed before by their two other daughters. The middle sister, Scout, who is 20, was arrested just last month in New York for underage drinking and using a fake ID. In 1997, the oldest sister, Rumer, was one of four in a hotel room in Aberdeen, Maryland when it was raided by police. The police found marijuana in the room and arrested one of the four who were present at the time. Rumer was never arrested and not charged for the incident but was questioned by police that night.


Recently, some other Hollywood starlets to find themselves involved in nude photo scandals include the likes of Scarlett Johansson, Christina Aguilera, Miley Cyrus and Jessica Alba.